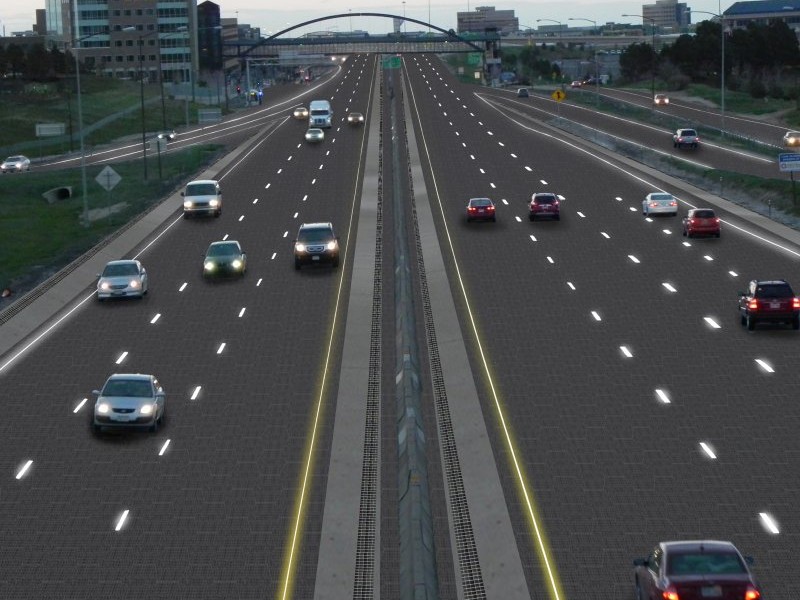 Solar panels that you can drive, park, and walk on. They melt snow and… cut greenhouse gases by 75-percent?!!!

“Solar Roadways is a modular paving system of solar panels that can withstand the heaviest of trucks (250,000 pounds). These Solar Road Panels can be installed on roads, parking lots, driveways, sidewalks, bike paths, playgrounds… literally any surface under the sun. They pay for themselves primarily through the generation of electricity, which can power homes and businesses connected via driveways and parking lots.

A nationwide system could produce more clean renewable energy than a country uses as a whole (http://solarroadways.com/numbers.shtml). They have many other features as well, including: heating elements to stay snow/ice free, LEDs to make road lines and signage, and attached Cable Corridor to store and treat stormwater and provide a “home” for power and data cables. EVs will be able to charge with energy from the sun (instead of fossil fuels) from parking lots and driveways and after a roadway system is in place, mutual induction technology will allow for charging while driving. “