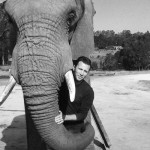 Andy graduated with a degree in Computer Science BSc (Hons) in 1988 and he worked in the UK IT industry for 16 years. At the end of 2004 he was Marketing Director for a UK IT PLC, a nice position, prospects and salary, but it wasn’t enough. Andy became aware of the serious social and environmental issues occurring in the world and felt he had to try and do something about them. Andy grew up on a farm in Lincolnshire, England and he likes to understand, build and fix things. This connection with nature and his inquisitiveness has set him on a very interesting journey…

Electric vehicles are part of a sustainability transition in our society to clean, zero emission, super efficient transport. Sustainability is about living within our planets means and thus protecting our future.  It is a way of thinking that affects every single part of our society and we need to reinvent everything we do. Though it might appear daunting, we can also see this as a enjoyable, positive challenge and an amazing opportunity for us all.

Since leaving the IT industry in 2004 Andy has been on his own journey. He has travelled and worked extensively around Africa and Asia learning about, and promoting, cultural immersion, empathy and personal development through running teams of volunteers working in Sri Lanka after the Tsunami, organising NGO’s to put on a youth empowerment festival in a war torn areas and creating short films to promote and support volunteering.

After starting ICOLOGIE in 2009 to provide sustainability inspiration and education in South Africa, what Andy calls “The battle for the hearts and minds” and during that time running an electric scooter, he decided he wanted to help make sustainable transport a reality in South Africa…… and so EWIZZ started at the beginning of 2013.

“EWIZZ is giving us all the opportunity of engaging in the latest sustainable transport enabling us to save money, invest in our environment and ensure our future.” 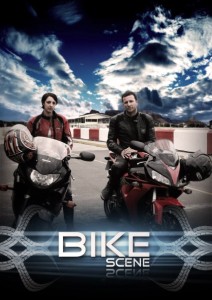 He’s also a long term biker. It started on the farm with buying bikes as a box of bits and a rolling frame. Then repairing them and then having fun around the farm and local woods. This progressed to sport bikes in his twenties and he used to commute around the M25 and go to meetings on his Honda fireblade!

“I used to turn up to meetings in my race leathers, but had my suit and shirt etc in my bag. So a quick change in the toilets and I was ready to be corporate. This was great for getting through the traffic, was more environmentally friendly and was just lots of fun”.

In SA he bought another Fireblade which he used for commuting and sunday rides around the Cape. Latterly with the electric bikes the Fireblade has been in the garage a lot and was finally sold in 2016. Andy has presented a pilot show around motorcycling called “Bike scene” and he likes to share his knowledge so he teaches advanced safety riding with Two Wheel Training Academy at Kilarney track to help others be safe.

Andy gives talks and lectures on a variety of sustainability subjects such as psychology, big picture, energy generation & electric vehicles. He also hosts film evenings to share and encourage more of us to engage with sustainability. Check out the facebook group Awareness films and talks if you’d like to know more.