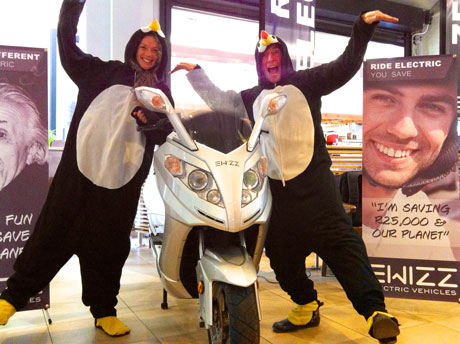 The Aquariums penguins have had enough and are to send us all a message for World Environment Day. Apparently a small gang of them have been planning a break out for months and with the distraction of World Environment Day this Thursday they have made their move. Late last night 5 intrepid penguins dodged their keepers and with a cunning disguise (an overcoat overcoat and a hat) and acrobatic manoeuvring, they made it past security and escaped.

Two were captured with a fish trap this morning, “Penguins just can’t resist fish”, said one of the keepers.  Initially the recaptured birds were tight lipped and wouldn’t talk, but after an hour with the sharks they were singing like canaries! 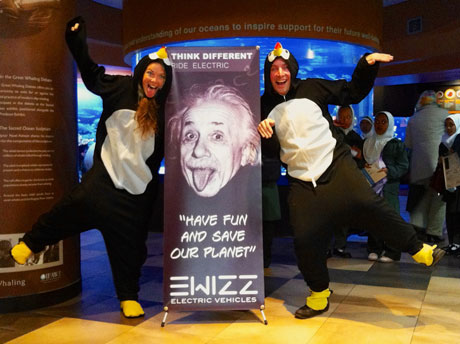 The rest of the gang are planning a ride around Cape Town tomorrow on zero emission electric scooters with the intention of showing us exactly how we can all do something for our environment and stop polluting our atmosphere.  As can be seen these penguins are obviously quite mad so don’t approach unless you have special training….. or fish.

Keep your eyes peeled for them tomorrow morning in the traffic. If you see them please put a picture up on social media with the hashtag #RideElectric. There is a reward from the Aquarium of complementary tickets for the first few posts that lead to their recapture.  When they get them back their electric transport will on display at the Aquarium this weekend.

5/5/2014 : Inside sources at No danger diaries tell us the escaped penguins on electric scooters are could be called Grant and Sebastian – wave, hoot and shout for them if you see them. 🙂 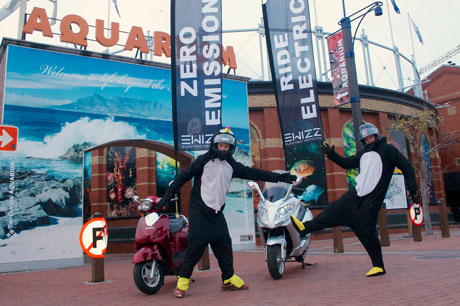 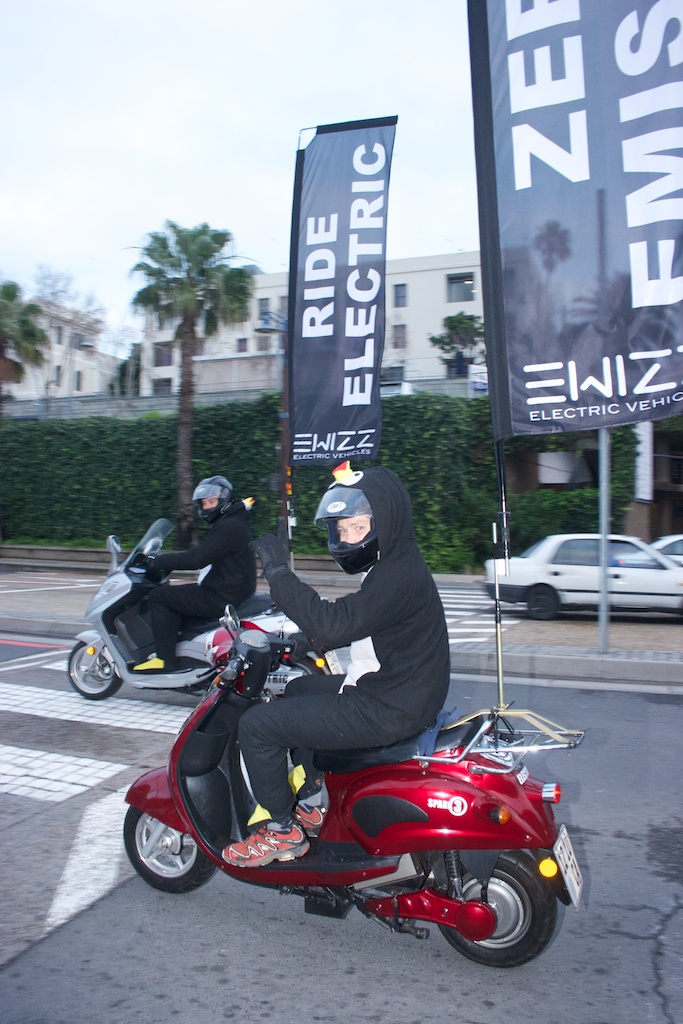 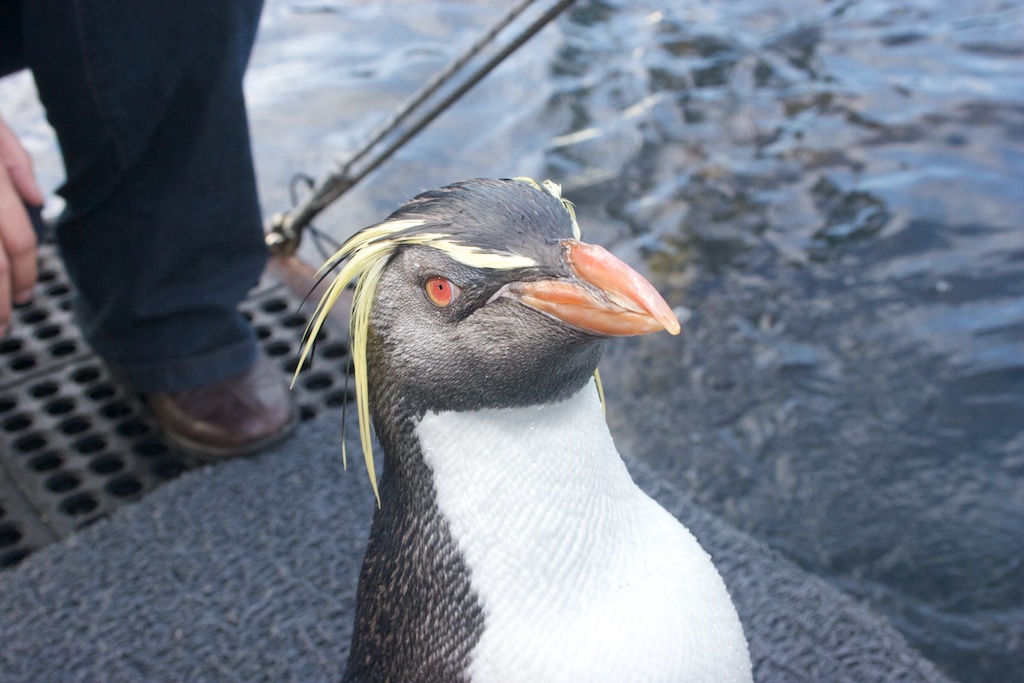 8/6/2014 11:45 It’s World Oceans Day and the sharks have had enough of the Penguins antics, 2 are still at large around Cape Town.  The Sharks are getting on the electric scooters to find the escaped Penguins!  I’m sure we’ll have those last 2 penguins back at the Aquarium soon! 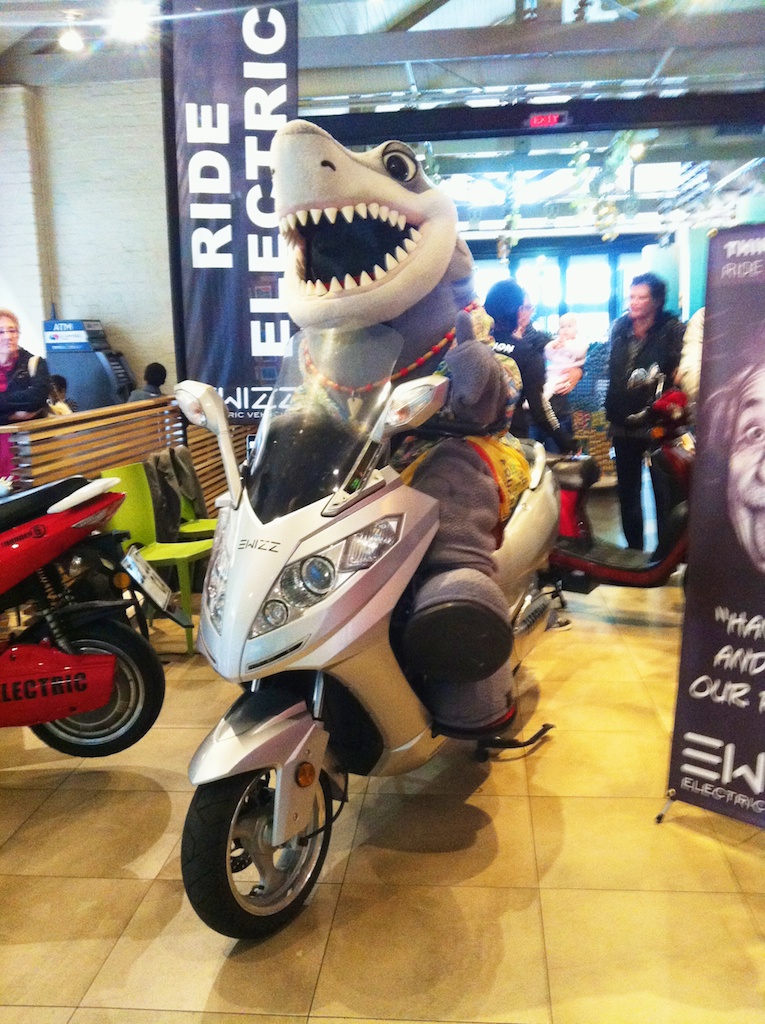 8/6/2014 16:31 All penguins back home!  On World Oceans Day the last 2 penguins finally got home-sick and headed back to the Aquarium for dinner.  They were reunited with the rest of their friends and are happily swimming about in their tank.  Mission completed. “We wanted us to let the humans know that they need to act to look after our oceans and environment.”,  said Liam “Bigbeak” Jantjes, “and we hope they got the message.” 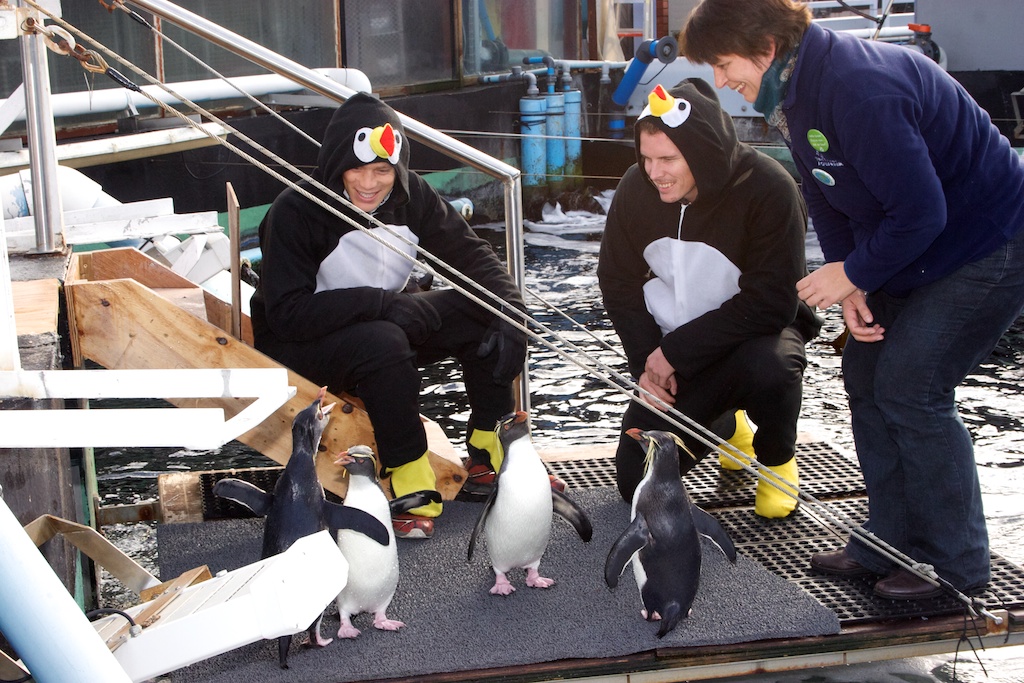 Their keepers are very happy to have them back safe and sound.  Well done to the sharks too for helping out!  Let’s all try to listen to their request and do something, however small, to look after our planet. 🙂